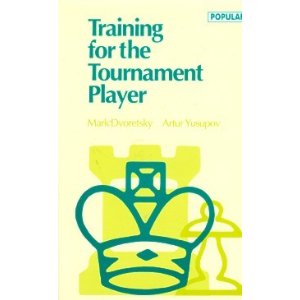 Luvusta "Analysing Your Own Games" teoksessa Training for the Tournament Player:


Why do I wish to highlight this topic in particular? Well, it is quite possible that my own development as a chessplayer has been successful precisely because I have devoted a great deal of time to the analysis of my games. I consider that analysis of one's own games is the main method by which a chessplayer can improve, and I am convinced that it is impossible for a player to improve without having a critical understanding of his own games. Of course, this does not mean that one need not concern oneself with other aspects of chess training. It is necessary to study the opening, the endgame and the middlegame; it is extremely useful to study the games of strong players, etc. But by taking our own games as examples we can generally learn rather more.

Our own games are nearer to us than any others. We played them, and we solved the problems which were put in our way. In analysis it is possible to examine and to define more precisely the assessments by which we were guided during the course of the game, and we can establish where we went wrong, where we played inaccurately. Sometimes our opponent punishes us for the mistakes we make, but often they remain unnoticed and may only be brought to light by analysis.

So, what do I consider are the important points to pay attention to when you analyse your own games? Above all, you need to find the turning-points - to establish where mistakes were made, where the assessment of the position changed, or where an opportunity to change the situation on the board abruptly was not exploited. The ability to find the critical moments of a game during analysis is itself exceptionally important, since this will also help you to track down such moments during actual play. This is perhaps the most difficult aspect of chess - recognising the critical turning-point in a game, the point when it is necessary to think really hard and to solve the problem; when the outcome of the whole game depends on one single move.

I have to say that even many top-class players have not possessed this ability in full measure. I once discussed Fischer's games, which we all without exception value very highly, with former World Champion Boris Spassky. Spassky said that he could see in Fischer only one slight weakness - he did not always sense the critical turning-point in a game. Of course, this was only a relative weakness, judged in comparison with the extremely high general standard of his play, but in Spassky's opinion it did sometimes serve as a hindrance. One can only get rid of such a weakness by studying one's own games critically.

The second point to which you should pay attention when analysing your games is the search for the reasons for your mistakes. By revealing your mistakes you will gradually come to realise what they might be associated with, and you will see the deficiencies in your game. Of course, it is easier if you have a trainer who can help you. But you will feel the benefit only when you yourself begin to ense the reasons for your mistakes acutely and lo longer wish to put up with them. An objective awareness of one's own weaknesses is a necessary first step in the serious business of correcting them.

The third aspect that I wish to mention is that it is very important to look for new possibilities, moves which in the course of the game you paid no attention to because you were fascinated by other ideas. After analysis you begin to get a better feeling for the type of position being studied, you master the strategic and tactical methods which are typical of such positions. And the conclusions that you arrive at independently imprint themselves on your memory much more permanently than those obtained from other sources.

A final point. When analysing a game you have played, you need to give considerable thought to the opening phase, to try to improve on your play, especially if you were not entirely satisfied with the outcome of the opening. By adopting a critical approach to the problems that you faced in the opening it is possible to improve your knowledge, to outline new plans and to think up important novelties.
Lähettänyt Anssi Manninen klo 1.51